Where are the Camels? is New Zealand jazz musician and songwriter
Ken Avery’s diary of his varied and amusing experiences playing in dance bands in the 1940’s – 1970’s. In it, he recalls some of the high spots of some of the nightspots, not to mention some dingy dance halls and some very overlit ones which inspired the title of this memoir. His diary chronicles the twilight of the traditional dance band era, which all but disappeared with the advent of rock and roll. There are a few thoughts about jazz celebrities who toured New Zealand such as Dave Brubeck, Duke Ellington, Eddie Condon and others, as well as recollections of the Tauranga Jazz Festivals and his own band “The Darktown Strutters.”

Ken Avery (1922 – 1983) played tenor sax and clarinet with a variety of jazz bands and combos around New Zealand. He wrote a number of novelty songs with a NZ flavour such as “Tea at Te Kuiti,” “By The Dog Dosing Strip at Dunsandel,” “Paekakariki” and “The Gumboot Tango” which were recorded on the TANZA and Kiwi/Reed Pacific labels.

In 1952 he formed a seven-piece band called “The Darktown Strutters” which played in a Dixieland style for jazz concerts, dances and radio programmes. He reformed this band in 1976 but with different repertoire in the mainstream style, and these Strutters made two LPs for Tartar Records entitled “Jazz - the Way It Used to Be” Volumes 1 and 2.

Ken Avery was a broadcaster for Radio New Zealand for more than 30 years, and this diary was written in the early 1980’s.

Where are the Camels 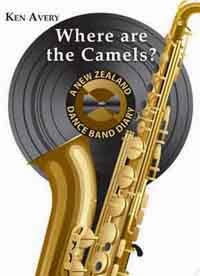 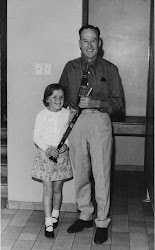 Clare with her father, Ken Avery

The Ken Avery Songbook
- out of print - 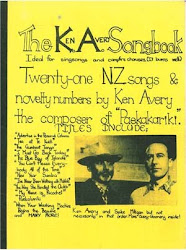 click to download as a PDF
Blue Smoke The Lost Dawn of NZ Popular Music 1918 - 1964 by Chris Bourke
wherearethecamels.co.nz